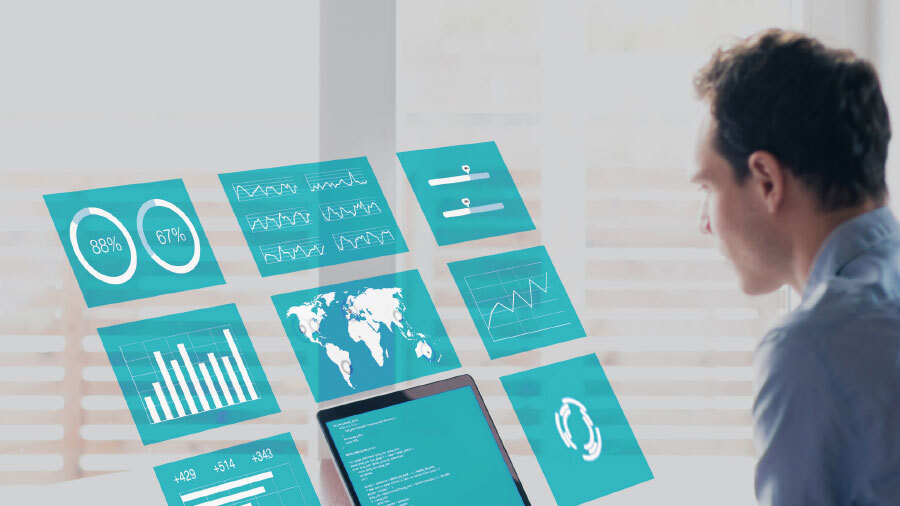 Predictive maintenance and Condition Monitoring have become hot topics in industry. It means collecting and processing data from as many devices as possible to make statistical predictions and plan maintenance, repairs, and replacements long before worst comes to worst. But what does it entail, and how can predictive maintenance providers make a profit with their services?

In order to reliably predict wear and tear and anticipate possible failures, the system needs to collect and process masses of data. This is usually done via the cloud, to which all connected devices send their log files. The developers of predictive maintenance solutions use this data to create predictive algorithms, not unlike meteorologists for weather forecasts: Historical data is used for projections about future events. Neither predictive maintenance systems nor weather forecasters are 100% accurate, but they can tell you with some certainty whether you need to bring a – metaphorical or real – umbrella. With some certainty, it will not snow in Arizona during the summer. It might in Nepal. Location, then, is one of the many factors that make for accurate predictions.

Collecting and processing data requires much labor and resources, but it also adds real value for the user: more than enough reason for selling such services.

Licenses on the Ground

The devices can include industrial controllers in many possible scenarios. Imagine a mining operation: The devices are rarely online, meaning that data could be shared only in sporadic bursts or by physical, offline means. Licensing such hardware is a technical and logistical challenge: The cloud might not be an option a mile underground.

CodeMeter already has the perfect solution for these cases: A CmDongle is connected to the device, or a software CmActLicense is bound to it. The actual licenses can be distributed via the cloud by means of CodeMeter License Central and brought onto the CmDongle or CmActLicense when the hardware comes online again. For even more offline scenarios, you could physically transport a license file to the device.

Licenses in the Cloud

This type of licensing is the perfect choice for actual devices, but it is less suitable for the mentioned predictive maintenance solution. Its software stays in the cloud, and the license could not be bound to a specific computer on the ground. You can also not plug a dongle into the cloud. Of course, you could operate physical license servers in a data center and make them available for a cloud solution, but this creates new questions in terms of costs and availability (which are discussed in more detail in the “TMR Server” article in this issue).

The better option for cloud-based applications is CodeMeter Cloud Lite, a license server that you operate in the cloud for your users. It represents the anchor of trust for the licenses and does so by binding each license to a known user.

The best thing about CodeMeter Cloud Lite is that it uses the same distribution processes for licenses as are used with CmDongles and CmActLicenses: You create a request with CodeMeter License Central, which returns a ticket as the retrieval code for the license. As the next, optional step, the licenses that go with the ticket are then activated on the actual target system.

This activation can take different forms, e.g. with the transfer into a CmDongle, a CmActLicense, or a CmCloudLiteContainer. You, the developer, have the power to decide where licenses can be moved, enabling you to e.g. sell the predictive maintenance engine as an on-premise solution. This might not be necessary in actual business, but it is good to know that you have the ability to do so.

Binding to a User

By contrast to a CmDongle or an CmActLicense, which have their licenses bound to a device or other hardware, in the case of CodeMeter Cloud Lite the licenses are bound to users. This opens up many other opportunities for simplifying the licensing process for users: licenses can, for instance, be allocated to the user directly after their creation in CodeMeter License Central. The specific process you employ will depend on your ERP system and established procedures. For instance, you should consider whether you already know the users when an order is created in SAP. If you do, there is nothing to prevent an automated allocation of the license to them.

What Is Light about CodeMeter Cloud Lite?

CodeMeter Cloud Lite is a simple solution for licensing cloud applications like predictive maintenance. It includes a streamline SOAP and REST-API for a particularly easy integration of license queries in languages like PHP, Java, JavaScript, C#, or other .NET languages. Compared to CodeMeter Runtime, there is no C-interface available as a library, even though a SOAP or REST-API can also be used regularly from C/C++. Relevant examples can be provided on request.

CodeMeter Cloud Lite deliberately comes without the normal key storage and cryptographic features which are indispensable when software is used on premise and in untrustworthy environments. In the case of cloud projects run by yourself, these are unnecessary.

You can also deactivate licenses to transfer them back from CodeMeter Cloud Lite to CodeMeter License Central and remove the binding. The deactivated and reactivated license can be moved to another user context.

You can set the management API to start its work automatically when licenses are created in CodeMeter License Central in order to make sure that licenses are immediately bound to their user as soon as they are made.

Where Did the Server Go?

The CodeMeter Cloud Lite server’s home is – unsurprisingly – in the cloud. As it works as an anchor of trust, it should be located at and operated by a trustworthy partner. This can be either you as the developer itself or Wibu-Systems as your software protection and licensing partner of choice.

As a rule, there is nothing in the technology to prevent you from shipping a CodeMeter Cloud Lite server to one of your larger clients. The question to consider here is the relationship of trust that exists between you and your key accounts. The server could also be operated in a private cloud.

In order to operate a CodeMeter Cloud Lite server, either yourself or at one of your key accounts, you need an unlimited license from Wibu-Systems, which is an annual licensing model that allows you to create an unlimited number of CodeMeter containers during the term of your contract, including licenses for CmDongles, CmActLicenses, or CmCloudLiteContainers.

In early 2019, Wibu-Systems plans to expand the solution with CodeMeter Cloud, bringing the full feature set, including encryption capabilities, to allow servers in the cloud to be used for the secure protection of on-premise solutions. If such on-premise setups are meant to operate offline as well, you can use a combination with CmActLicenses that are distributed via CodeMeter License Central.

Beyond predictive maintenance, CodeMeter Cloud Lite is an ideal choice for many other possible use cases. All applications you are running in the cloud – irrespective of the language they were developed in – can be licensed with CodeMeter Cloud Lite.