Protection, licensing, and security enhancements that automate and enrich the CodeMeter user experience 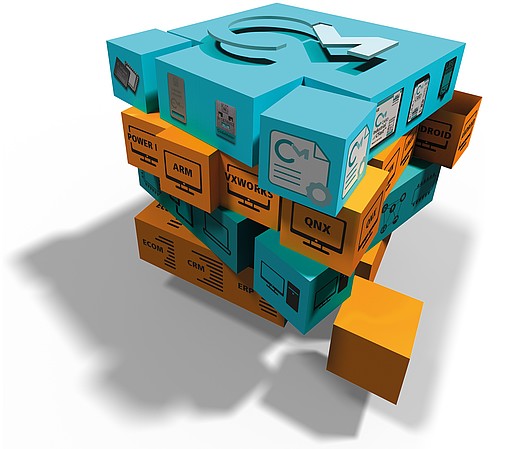 First introduced in 2003, CodeMeter is a mature, versatile, and interoperable solution for protecting and licensing digital assets on a wide array of media, including computers, embedded systems, PLCs, and microcontrollers. The latest release 6.80 is free for all existing users as part of Wibu-Systems’ lifetime support grants to all of its customers and includes many novel and significant characteristics.

CodeMeter 6.80 supports Universal Write Filter (UWF), an option provided by Microsoft Windows for stopping inadvertent changes to files, usually on embedded devices. Prior to this new CodeMeter release, software developers had to add a custom extension (CodeMeter Runtime Extension) on such systems to store persistent signed and encrypted license files (CmActLicenses). This is no longer necessary, as CodeMeter Runtime 6.80 automatically identifies systems equipped with the UWF functionality and saves CmActLicenses in persistent form.

CodeMeter has long been embraced by the embedded community, particularly those using Linux ARM systems like the Raspberry PI. With CodeMeter 6.80, CmActLicenses no longer need an extension to be bound to a Linux ARM system; instead, CodeMeter SmartBind®, the patented solution from Wibu-Systems for binding a CmActLicense securely and flexibly to the digital fingerprint of a target device, is now available for automatic use.

Enterprise software administrators want the ability to track how their internal users utilize their available licenses. CodeMeter Runtime 6.80 comes with a console application to query the state of licenses in the network, including current information about available and active licenses. CodeMeter can now be integrated in custom license monitoring tools by regularly calling this application and parsing the returned data.

Additionally, CodeMeter 6.80 addresses the high availability needs that are typical in industrial environments by supporting redundant licenses on Triple Mode Redundancy (TMR) servers. The CodeMeter TMR solution would consist of two TMR servers and three CodeMeter license servers. Should one of either type of server be down by accident or for maintenance, this setup ensures that the licenses are still available.

Ruediger Kuegler, VP Sales and Security Expert at Wibu-Systems, commented on the release of CodeMeter 6.80: “The speed in which our company has been growing recently can be attributed to two factors working together: A team that is receptive to market needs and the ongoing digital transformation. As we explore the new opportunities made available by the revolutionary changes that current technology can deliver, we are further inspired to contribute actively to securing the building blocks of Industrie 4.0.”