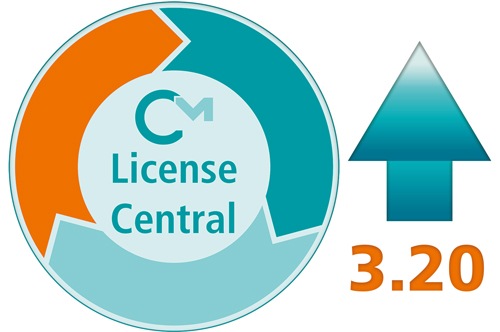 Wibu-Systems, the winner of 2017 CODiE Award for Best Content Rights and Entitlement Solution, has enriched its CodeMeter License Central secure license management platform with a new functionality: The ability to withdraw licenses that have been accidentally issued and replace them with the correct ones, whether they were already collected or not.

CodeMeter License Central is the database derived CodeMeter technology module for license generation, deployment, management, and monitoring. Even though it could also be operated offline, when hosted in the cloud and interfaced with ERP, CRM, and ecommerce solutions, it offers an optimal continuum for the user experience through specific ISV and end user dedicated portals. With the goal of providing all the immediate tools for all possible eventualities, CodeMeter License Central was already making it possible to transfer and borrow licenses online and without the need for Internet access or help desk assistance.

Beginning with release 3.20, CodeMeter License Central allows you to deliver and update licenses in additional ways: Licenses created or delivered by mistake can be withdrawn from the user immediately and replaced permanently with new ones, even without the user being aware, provided he has not collected them yet.

Typically, active licenses go through a number of states: not yet collected, collected (without receipt), and confirmed collected. The full lifecycle closes with two additional states: returned (without receipt) and confirmed returned. A license that has not been collected or has been returned sits in CodeMeter License Central and can thus be immediately removed, which will make it become invisible in queries, but still traceable in the history logs of the order and the license container.

Oliver Winzenried, CEO and Founder of Wibu-Systems, strongly believes in the power of license and entitlement management for upscaling businesses “While the subscription economy is more and more responsible for exponential revenue growth with material and immaterial goods, in the context of software publishing, whether in a traditional PC realm or in an IoT fueled environment, two key aspects prove to be the winning factors in a broad monetization strategy: the versatility and scalability of the licenses, and the smoothness of the buying journey. We keep amping up the set of features in CodeMeter License Central for ISVs and end users to meet in the digital market space and operate seamlessly”.

Interested in learning more about Wibu-Systems’ role in the world of industrial technology? Then, join us at Hannover Messe, 23-27 April, Hannover, Germany - Hall 6, Booth C15