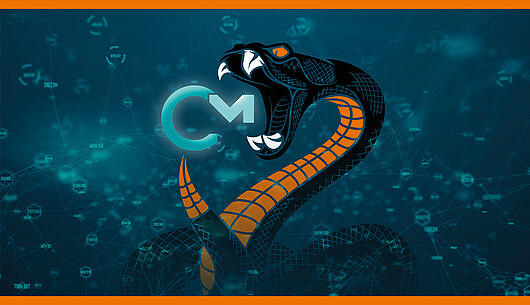 Wibu-Systems, a global leader in protection, licensing, and security technologies, has added support for protecting Python code in its native form with all the ease and versatility of its popular CodeMeter ecosystem. The Python programming language has enjoyed a resurgence in popularity, particularly in the artificial intelligence and machine learning fields, due to its simplicity as well as the clarity and elegance of the code.

The renewed interest in Python, however, has made it an appealing prey for unscrupulous actors. Python code often made it too easy for hackers to access this invaluable IP, either wholly unprotected in plaintext form or simple to reverse-engineer, even if precompiled in native form by tools like Cython. Developers needed to have the means to encrypt and secure their code, but this long meant taking the additional step of pre-compilation to get native applications that could then be treated with their favorite protection system.

Until now, this was the only option for loyal users of Wibu-Systems’ CodeMeter technology as well, but the company has responded to the new interest in Python with a revolutionary way to protect the code. With CodeMeter’s new Python protection capabilities, developers can encrypt their work in its original form, and keep it safe and encrypted right up until it is actively needed, closing one of the all too common loopholes for hackers: Extracting the code from the device’s working memory. With CodeMeter’s usual commitment to full compatibility, the new Python encryption technology includes the standard, robust CodeMeter capabilities, ranging from its versatile array of licensing models and comfortable automation features to the ability to add smart modular protections. Individual pieces of code can be separately encrypted and licensed, giving developers even more freedom in choosing their operating concepts and business models, including the increasingly popular feature-on-demand or subscription licenses.

Python had long been relegated to the sidelines by the usual languages of choice for the software developer community: C and Java. But it has recently enjoyed a return to form as a firm favorite for developers, not only beating the myriads of other, newer and supposedly smarter languages, but also overtaking its two old rivals in popularity surveys, like the TIOBE index of preferred programming languages. With Python named the most popular language for a record fourth time in 2021, this revival is due to two very obvious factors: The language’s long-held commitment to simplicity and the great availability of resources in one of the most dynamic fields of software development: artificial intelligence and machine learning.

Smart devices have become ubiquitous in the digital age, and AI has long moved from being a thing of wonder or worry in science fiction to an everyday, almost unnoticed companion for us all. It ranges from such deceptively simple tasks as the image and speech recognition capabilities now included with many standard smartphones or digital assistants in the home to more genuinely smart technologies underlying the statistical magic, pattern recognition and prediction capabilities, or associative learning involved in complex operations like weather forecasting, algorithmic trading, and medical diagnostics. What many of these applications have in common is that they are handled by Python libraries.

Ruediger Kuegler, VP Sales and Security Expert at Wibu-Systems, sees an important message in CodeMeter’s support for Python: “As we celebrate 32 years of the World Wide Web and make it the main underlying backbone of all today’s technologies, it is our duty to support lean and secure processes that facilitate the widespread adoption of protection methods across a highly diversified user base. Like there is no technology assisted life without security, there is no ubiquitous security implementation without simplicity."