Advantages for both machine manufacturers and end users 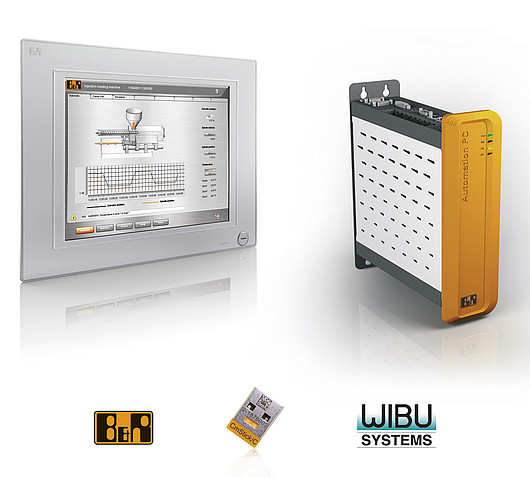 New security functions for protecting program code is just one more way that B&R safeguards the intellectual property of their customers.

In 2012, B&R teamed up with Wibu-Systems AG, one of the world's foremost software security and anti-piracy technology companies. "The security functions we have gained through this partnership are extremely beneficial to machine manufacturers and end users alike", explains Hans Wimmer, managing director of B&R. Put simply, these functions will allow customers to protect the source code of their software in B&R Automation Studio while still being able to generate proprietary program code for use on control systems and industrial PCs.

Protection against copying, analysis and manipulation
These new security functions provide protection against a wide range of attacks, including the copying of source code to different systems. Code analysis is also not possible, thus stopping any type of reverse engineering in its tracks. Finally, source code is fully protected against unauthorized changes – a form of attack recently made famous by the Stuxnet computer worm. All of these advantages add up to complete protection of software and system integrity.

Developing new business models
B&R customers also have the opportunity to implement new business models that take advantage of pay-per-use or feature-on-demand options for functions to be enabled and sold at a later time. These types of models, already being used by B&R customers, are the same models used by B&R for technology functions. As such, they offer a way for customers to benefit by only licensing the components they need.

"We are very pleased to be working together with B&R," says Oliver Winzenried, CEO of Wibu-Systems. "This partnership is the result of many years of experience in addition to our extensive investment in the area of industrial applications, as demonstrated by our software-based CmActLicense solution as well as our CmDongle hardware, which is available in the form of USB flash drives as well as microSD, SD and CF cards."