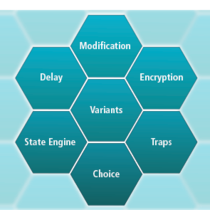 , Director of the Institute of Cryptography and Security at the Karlsruhe Institute of Technology (KIT), explains the thinking behind the contest: “The results of the hacker’s contest make me proud. However good our analytical work beforehand, real-world security depends on how well our theoretical models match the reality out there. We can only know this by observation and empirical experiments. Even theories benefit from hacker’s contests. Our IT security research at the KASTEL competence center sees systems holistically and considers many different disciplines and methods. Blurry Box is a perfect example of this.”