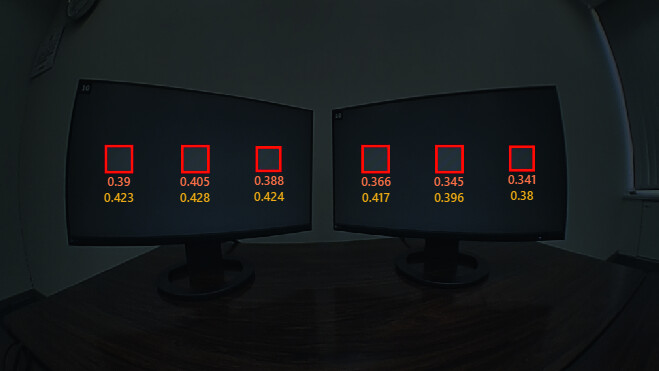 Resolution measurement is a crucial step for precise, high-definition imaging and video equipment. But it requires careful selection of fitting test charts for each camera type, and for certain camera types, like fisheye lenses or ultra wide angle cameras, it was a labor-intensive process. The SFR-Fit software made by Leader Electronics Corp. eliminates the need for this complex process by generating and displaying the exact test chart for any given camera for easier and more precise resolution measurement. However, the choice to distribute the MATLAB-built software in the worldwide market required Leader Electronics Corp. to rethink its approach to protecting and licensing its valuable IP.

Leader Electronics Corp. needed a technology that could protect and license applications developed with MATLAB Compiler with the most streamlined distribution and license management infrastructure, and they found the right candidate in Wibu-Systems’ CodeMeter. The convenience of CmActLicense software license containers managed through CodeMeter License Central and License Portal give Leader Electronics Corp. and its users peace of mind and great flexibility in testing, buying, and using the software, be they in the company’s native Japan or in its new markets overseas.

CodeMeter is not just the only licensing and protection solution that works perfectly with MATLAB applications. It also proved its capabilities as a real business enabler: The flexibility of the licensing models and the comfort of license distribution and activation over the internet mean that Leader Electronics Corp. can offer its clients trial licenses to test the product, with the option to later buy full licenses without having to change anything in the installed software. By simply activating the new license through License Portal, users can continue to enjoy their products after the trial period without interruption or hassle, and Leader Electronics Corp. can spread the word about its revolutionary SFR-Fit through trial versions without compromising on the security of their IP.

Koichi Toda – Leader Electronics Corp.
“The SFR-Fit is a revolutionary product that uses a display to eliminate the need to select a test chart, which is the standard for conventional measurement methods. Wibu-Systems’ CodeMeter met all of our requirements, especially as it is compatible with software developed in MATLAB. Therefore, the decision was made to implement the solution. We are very grateful to Wibu-Systems for their technical support during the evaluation and for sharing their knowledge for software business monetization.”

Leader Electronics Corp. is a highly specialized maker of electronic measuring equipment. Headquartered in Yokohama, the company has been constantly innovating in the fields of video and optics, including video and broadcast-related products such as 4K/8K-compatible waveform monitors, radio wave-related measurement instruments, and imaging and industrial products such as in-vehicle camera modules. In 1969, the first overseas subsidiary has been established in New York, U.S.A., and now the company has local subsidiaries in the U.S., U.K., China, and Korea, expanding their global overseas operations. 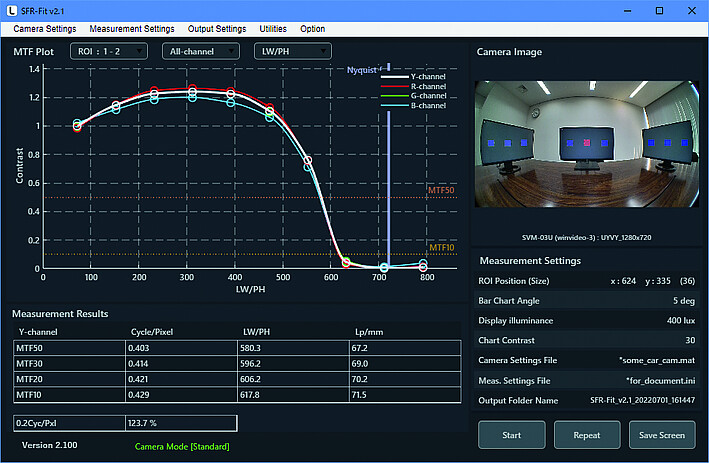 Leader Electronics’ SFR-Fit is a camera resolution measurement software that measures MTF (Modulation Transfer Function), which indicates spatial frequency characteristics. MTF is the most important measurement item in evaluating camera performance. Until now, MTF has generally been measured by the inclined edge method based on ISO 12233 or the sine wave method using Siemens Star Chart, but since SFR-Fit generates a test pattern according to the image, it can be used for images with large distortion or digitally processed images such as sharpness, which were difficult to measure with the conventional method. SFR-Fit also supports digitally processed images, which were difficult to measure with conventional methods.

With the power of MATLAB/Simulink, Leader Electronics Corp. developed the SFR-Fit software to facilitate that process with the automatic selection and display of the right chart. This not only takes a lot of the effort out of resolution measurement, it also works with some camera types such as automotive fisheye cameras, which could not be measured stably due to image distortion.

The SFR-Fit software is an attractive solution for users worldwide, but developing these markets and selling the MATLAB-based software proved a headache for IP security and licensing for Leader Electronics Corp., as its initial licensing solution struggled with license management and activation. Enter Wibu-Systems: The electronics specialists from Japan found CodeMeter to fit their needs perfectly.

As the only protection and licensing technology that works meaningfully with applications developed in MATLAB, CodeMeter not only offered the familiar strength of its encryption capabilities. Two other factors were decisive for Leader Electronic Corp.’s decision to use Wibu-Systems’ solution: The flexibility and comfort of online license management and activation, and the built-in support for trial licenses, which are a powerful tool for attracting new users in the markets that the company is developing.

Licenses for SFR-Fit are provided in hardware CmDongle or software CmActLicense containers, but the real magic happens in the background: CodeMeter License Central and License Portal are used to make the process of selling, distributing, and activating licenses as easy and lightweight as possible for users. With global support available and the reliability guaranteed by using License Central hosted by Wibu-Systems, Leader Electronics Corp. can sell its products worldwide, with license activation and management happening with automated ease over the internet.

CodeMeter also shows its business enabling power for Leader Electronics Corp. with its comfortable trial licenses. Prospective users of SFR-Fit can test the software on a trial basis and, should they decide to buy a regular license, activate the new license over License Portal with a simple ticket ID and without any change to their installed systems and virtually no break in their enjoyment of the software. Lowering the threshold in this way can prove a dealmaker for new clients and users and develop important new leads for Leader Electronics Corp. in its international growth strategy.