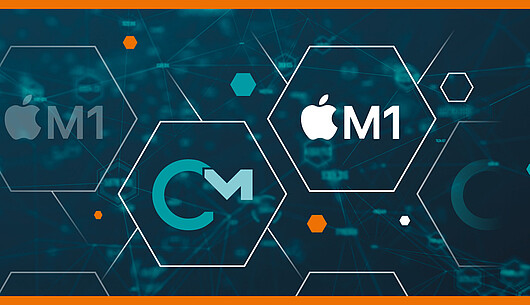 Wibu-Systems, the pioneering maker of cyber-security solutions for software publishers and intelligent device manufacturers, is releasing version 7.20 of its popular CodeMeter licensing and protection technology to support Apple Inc.’s switch of its CPU platform to the proprietary M1 chip and the Cupertino vendor’s latest generation Big Sur operating system. The release takes place after a successful test of the compatibility and performance of the CodeMeter family on the next-generation Mac systems.

The strategic choice to move from the Intel x86 platform to the home-grown ARM-based M1 chip continues Apple’s transition towards system-on-chip (SoC) designs made by its own engineers, with the A4 chip of the original iPad leading the way. Mirroring the bold decision to migrate from PowerPC to Intel chips, the repercussions of this new shift will be felt by hardware makers and software developers alike.

Wibu-Systems expects the new chip design and its accompanying macOS Big Sur operating system to be a unique opportunity for its loyal CodeMeter customer base. To prepare for the new release of its flagship technology, Wibu-Systems’ engineers have put their solution to a rigorous compatibility test to be sure that CodeMeter users would indeed continue to enjoy the unrivalled ease of use of its licensing system and the unbeaten encryption capabilities in the new Mac environment.

Wibu-Systems’ commitment to keeping at the forefront of technological developments and staying true to its concept of 4D interoperability, aided by Apple’s careful preparation for the transition, has resulted into a smooth operation of the CodeMeter modular family on Apple M1 systems and the new macOs Big Sur.

CodeMeter users operating the new Mac systems are advised to update to CodeMeter Runtime 7.20 and CodeMeter Protection Suite 10.70, not only for their proven compatibility, but also to enjoy the latest features and capabilities. Users of Intel-powered Macs can continue to enjoy their CodeMeter software on Big Sur without any action on their part.

Wolfgang Voelker, Director Product Management & Support at Wibu-Systems, sees the potential of the occasion: “It is not the first time that Apple shakes up the industry with a bold strategy. We have supported our users with their Intel-based Macs for years; now, we have a chance to step up again in a timely manner and offer faster performance and a seamless experience to our current and future clients in line with Apple’s own evolution.”