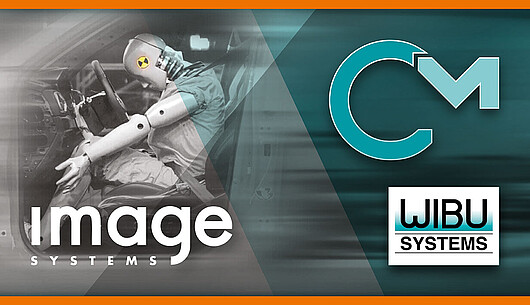 Image Systems protects valuable intellectual property and uses CodeMeter from Wibu-Systems as a flexible licensing solution for its TEMA platform.

Wibu-Systems, makers of the popular CodeMeter protection, licensing, and security technology, has been chosen by the Swedish company Image Systems to supply its IP protection and license management solution for their new TEMA platform. The software specialists for moving images analysis was looking for a balance between high-quality security standards and ease-of-use.

After a successful proof of concept, Image Systems has started distributing software modules with its invaluable intellectual property protected by Wibu-Systems’ CodeMeter technology. The development of the analysis software requires a lot of unique know-how. From its origins in the early 1980s, the Swedish company has been taking measures against the improper use of the software and infringement of its intellectual property rights. Although the solution was effective, it also involved a cumbersome process for activating the licenses to use the software. As the company is actively renewing its product line, it took the decision to also move to a new generation of license management technology. The requirements were: The chosen solution must provide sound protection against theft and reverse engineering and also be easy to install and activate by legitimate users.

Image Systems is working towards a new generation of analysis applications on the TEMA platform (Track Eye Motion Analysis). Several components have already been launched, secured by the CodeMeter technology of Wibu-Systems. Because the company serves its customers both directly and through an OEM partner channel, it expected the security solution to cause as little friction as possible in the process. With CodeMeter, users can sign up for a license for the desired software functionality via a separate portal, a process that the CodeMeter technology handles fully automatically.

The Swedish software company also wanted a flexible license registration system that would allow it to create freemium versions of the software, i.e. limited-function software that potential users can try out for free. This was again made possible by CodeMeter License Central from Wibu-Systems. The decision was also motivated by the wish to strike a good balance between security and convenience for the company’s customers in various sectors of industry ranging from general engineering to machine vision technology.

"Our product developers are very satisfied with the technical support provided by Wibu-Systems in both the proof-of-concept phase and during the actual implementation", says Christofer Boo, Product Manager at Image Systems Motion Analysis.

Image Systems has customers in the manufacturing, defense, and other industries, where the ability to accurately measure variations in digitally captured images provides important information for operational decisions. The analysis process may include tracking the repositioning or the changing shapes of objects moving in the captured images.

"Licensing and security are not necessarily a strength of developers. The experienced developers at Image Systems worked for a long time with a solution to protect the company’s IP. And although effective, they decided to replace the solution step by step for our CodeMeter technology because of its functionality, flexibility, and user friendliness for the user of their software. We are very proud to have a Swedish pioneer in high tech development as our customer", says Marcel Hartgerink, Managing Director Wibu-Systems Nordic-Baltic Eight.

Image Systems – A smooth transition to a new software platform, protected by CodeMeter