On 10 December 2019, the city councilors of Karlsruhe took the unanimous decision to support the “1000 Schools for the World – A School for Haiti” initiative of the children’s charity nph Kinderhilfe Lateinamerika e.V. (nph).

“1000 Schools for the World” is a campaign launched by municipal associations across Germany in late 2018 with Federal Development Minister Dr. Gerd Mueller as its patron. Karlsruhe is one of 50 towns and districts taking part in the initiative and already supporting the construction of 102 new schools in the Global South. 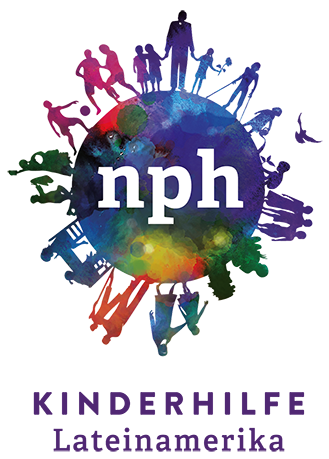 The project proposed by nph intends to add a new wing to the “St. André School” in Fond-des-Blancs in Haiti’s rural south. The school was initially built after the disastrous earthquake of 2010 and opened in 2012, thanks to German donations. It currently welcomes school children up to the ninth grade. With the new extension that was approved in 2019, the school hopes to accept students in years 10 to 13 and offer special classes to prepare the young people attending St. André School for graduation. The new wing was already included in the school’s original hurricane and earthquake-proof design and will now become reality with the aid of donations from Karlsruhe. The school is operated by the Haiti-based St. Luc charity (Fondation St. Luc). The costs for the extension are expected to reach approx. €180,000.

Fond-des-Blancs, a town approx. 75 miles from the capital Port-au-Prince, is home to around 65,000 people, spread out among a conglomeration of small villages and communities.

As in many other regions of Haiti, schools are few and far between in Fond-des-Blancs, and tuition is costly at the few that do exist. On top of tuition fees, parents have to buy the mandatory school uniform and textbooks, an insurmountable expense for the poor rural population in the community. Poor educational opportunities have led many families to relocate to Haiti’s capital, where many face even worse conditions. The Fondation St. Luc hopes that the new school services will stem that exodus from the region. Additional projects in the community, including a small hospital, an agricultural initiative, and a bakery, will help give the local people new hope and new commercial opportunities.

The Fondation St. Luc was founded in 2001 as a sister organization of nph Haiti and is committed to giving orphans a meaningful purpose with work in the social sector when they leave the nph Children’s Village as young adults. The foundation currently runs a nationwide network of 32 state-recognized primary schools, a secondary school for 3500 students, and two vocational colleges. All in all, more than 14,000 Haitian children have already benefited from the foundation’s educational work, with schooling offered for free or only for a symbolic fee to the island nation’s poorer families.