Strong partnerships for new momentum in the digital transformation 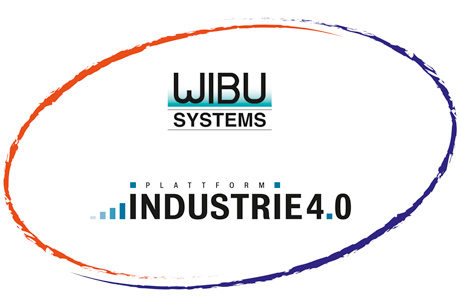 Wibu-Systems, the world’s no. 1 vendor of embedded software monetization technology, takes its co-operation with Plattform Industrie 4.0, the association developing joint recommendations around Industrie 4.0 for all stakeholders, to a new level and signs up to become an official and active member of the ecosystem.

Plattform Industrie 4.0 was launched at the Hannover Fair in 2013 as one of the innovative projects in the “Action Plan High-Tech Strategy 2020” promoted by Germany’s Federal Government. Since then, it has expanded to include a larger number of enterprises and representatives from various associations and trade unions as well as academia and politics. Its scope though remains unchanged: Raising awareness about Industrie 4.0, assessing the levers for Germany to become the leading factory equipment supplier for Industrie 4.0, identifying areas where Germany can improve its competitiveness as a manufacturing location, producing a consistent and reliable framework that includes the setting of standards and norms, and, on a larger scale, determining the benefits that Industrie 4.0 can bring globally in the workspace.

With the advent of Industrie 4.0, Wibu-Systems committed to a major shift in its strategy and, even before Plattform Industrie 4.0 was launched, the company invested substantially into research and development to provide its flagship technology not just to traditional software publishers (ISVs), but also to intelligent device manufacturers (IDMs). The growing smart manufacturing community can now protect its digital know-how against reverse engineering and counterfeiting, safeguard data and processes against tampering, and, most of all, enjoy new customer-centric and versatile means to monetize its business.

In 2015, Wibu-Systems’ CodeMeter was added to the Map of Industrie 4.0 with a use case for the protection of know-how and production data and a demo implementation at SmartFactoryKL. The map represents a helpful resource for getting in touch with Industrie 4.0 vendors throughout Germany and benefitting from their specific technologies.

Already a member of the Industrial Internet Consortium (IIC), Wibu-Systems joined the JTG5 working group in 2016, which encompasses all activities regarding security in Industrial Internet and Industrie 4.0 systems. It aligns the IIC Industrial Internet Security Framework (IISF) with RAMI 4.0 and hosts dedicated collaboration projects to show the interoperability among the different solutions.

Oliver Winzenried, CEO and founder of Wibu-Systems, states: “We are fully committed to providing robust, flexible, scalable, and easy-to-use technologies that help IDMs migrate from a monolithic approach to their markets to online and secure platforms that create new revenue streams with a complete range of software licensing models. By joining the Plattform Industrie 4.0’s “Security of Networked Systems” working group, we can expect some insightful conversations around secure identities, secure communications, and OPC UA”.